If you had to call a washing machine repair man it was most likely due to one of the following four problems:

The washing machine is tripping the circuit breaker (turning it off)

This kind of an issue is usually due to a problem with the motor, the suppressor, a faulty wire, or water dripping on some electric parts. A DIY approach to washing machine repair in this case is strongly discouraged unless you are a certified electrician.

The washing machine is not spinning

A faulty motor can be the culprit of this issue as well; however, it can also be caused by a drive belt that has come off because it is too loose, or has broken off completely.

Alternatively, the load of clothes inside the machine may be concentrated on one side which would automatically trip the “off-balance” shut-off switch. Simply rearrange the clothes evenly throughout the machine drum and you washing machine repair duties should be complete. Lastly, if the lid switch doesn’t click when you press it, it is broken.

The very first thing to check for is whether your machine is plugged in – as simple as it sounds, it can be a quick repair in many cases. Next, make sure the socket to which the machine is connected is actually supplying electricity.

Simply unplug the washing machine and plug in another appliance to see that it will work. Alternatively, there could be an issue with your door interlock, or a malfunctioning door catch – which may require calling a washing machine repair service.

This issue can be particularly frustrating when your clothes are held captive inside the machine, and you can’t open the door. An ill-advised repair solution that is often taken is forcing the door open – this is counterproductive and will incur further expenses when you call the washing machine repair service and they quote you for repairing the door in addition to what prevented it from opening in the first place.

One of the reasons for the door not opening is a failure of the pump to drain all the water – causing the door to lock. Your washing machine has a pneumatic door lock that is connected to a safety chamber that forces air in, and locks the door.

There could also be a clog in the pressure chamber that is trapping the air and preventing the lock from being released. There may be several issues with the door itself; such as a jammed door interlock, or a broken catch or door handle. Finally, a part called “a pecker”, which works with the machine belt, may be broken or have fallen off entirely.

IMPORTANT NOTE: When the machine door is jammed, and you have some clothes trapped inside, you may be tempted to open it up immediately and try to repair the door – without unplugging it first. 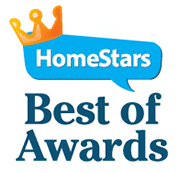